“The word, for a writer, is above all connection with other words
that he gradually awakens, step by step.”

Tangence is a journal of literary studies with a rich intellectual tradition. Founded in 1981, it has been in publication for over 35 years. Initially titled Urgences and devoted to creative work, the journal changed its name and mandate in 1992 to become, over the decades, a peer-reviewed journal supported by major Canadian funding organizations. The journal currently boasts some one hundred issues that cover a wide variety of topics and bring together researchers from five continents. A quarter-century later, Tangence branched into a new direction with the creation of Tangence éditeur and two collections : Confluences, highlighting the work of prominent international researchers since 2006 and Émergence, introducing the work of young researchers since 2009.

The objective of Tangence and Tangence éditeur is to transcend traditional borders by offering the opportunity to rethink literary practices and the history of ideas outside the limited context of a single nation, a single discipline or a single theoretical approach, very often from a trans-secular perspective. It aims to serve as a point of convergence – an interface even – between all-too-often compartmentalized fields of study by examining a broad variety of themes and issues and promoting a concept of literature as an art interacting with other arts and bodies of knowledge.

The efforts deployed to encourage dialogue between approaches, centuries and cultures unite with the desire to find various and unique ways of disseminating the work of major international specialists and young researchers alike (large-scale conference tours in Quebec, collections, launchings, university-sponsored scientific events, etc.).  Thanks to the portal Érudit and the support of Canadian Heritage, the journal has been available on line since 2002.  Tangence and Tangence éditeur have thus secured a place in Quebec literary studies and acquired a reputation that now transcends national borders.

History of Tangence through some key publications 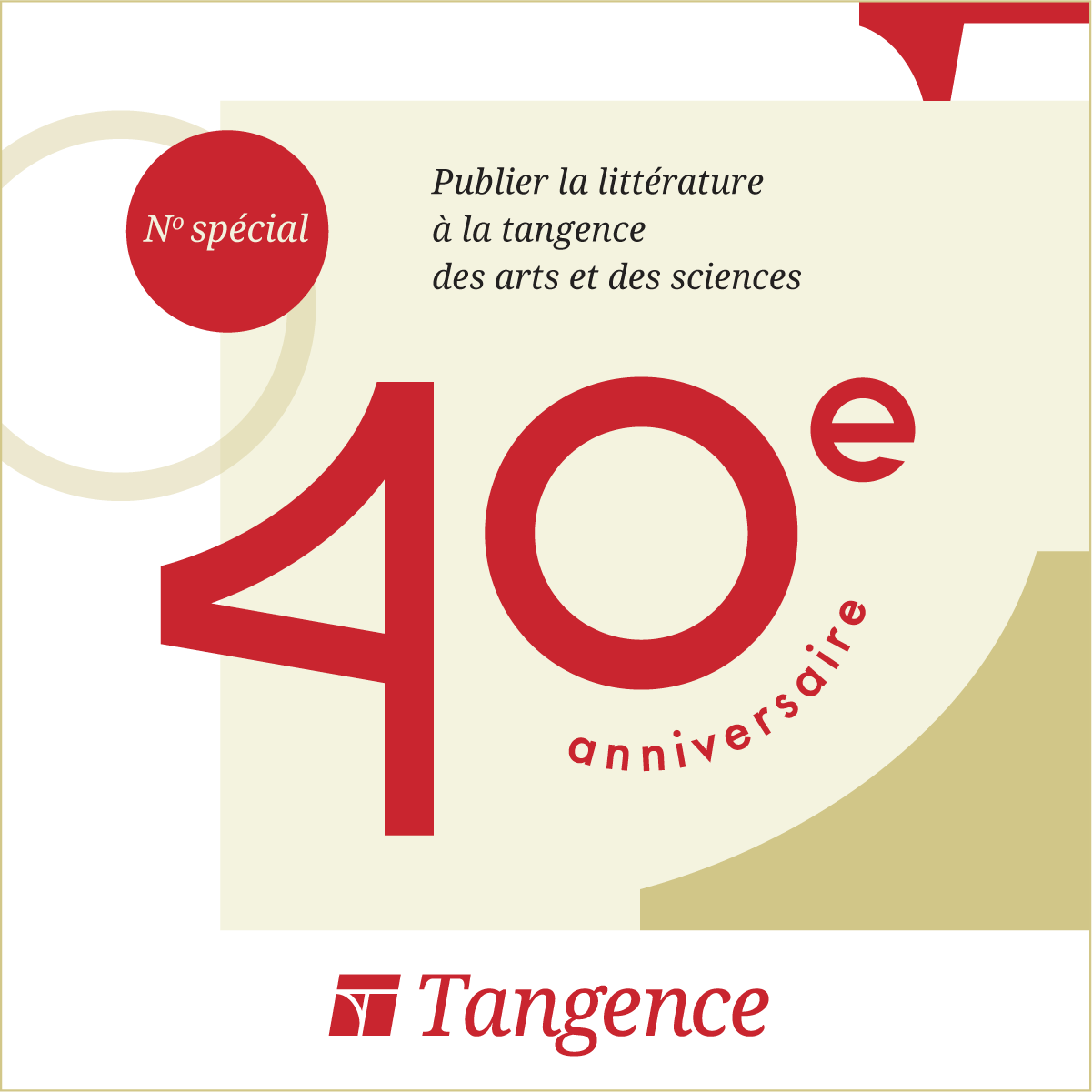